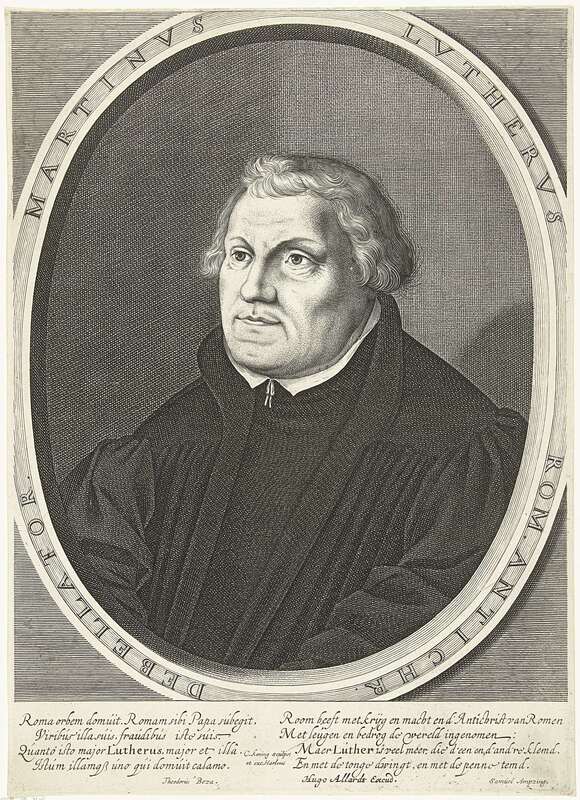 A Potrait of Martin Luther

This engraving of Martin Luther depicts him mostly likely after he wrote the 95 theses. The engraving of Martin Luther is shaped as an oval with Latin and Dutch sentences below it referencing Luther’s beliefs. This piece was likely used as propaganda for the Protestant cause in what is today the Netherlands. Luther appears well fed and comfortable in the painting, which indicates his status of living and was used to try and gain respect. It is interesting to note that there are no religious emblems on Luther, which indicates his separation from the church. The engraving also reflects Luther’s political importance.

Luther significantly altered the political landscape throughout Italy by separating from the church. Luther rocked the Papal States with his critiques of the church and forced heated political discussions among church leaders, which can be seen with pope Julius III. In addition to this, the wars ranging from The German Peasant War of 1524-25 to the end of the Thirty Years War in 1648. (Wiesner Hanks 180). These religious roles drastic shaped the papal states political policy towards other European state, which led to a nearly continuous call for the eradication of the protestants from the Catholic church. The religious wars were more of a political strategy under the Papal States to try and retain their significant control over the other European states. This can be seen in the “complicated political maneuvering among many of the great power of Europe” where the Papal States broke alliances and tried to regain their sway over Europe (Wiesner Hanks 181). 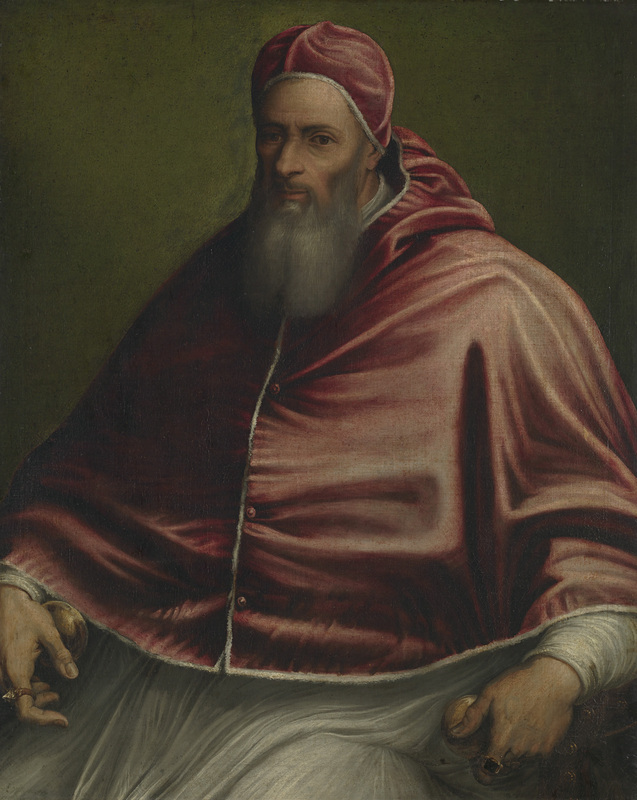 A portrait of Pope Julius III

Pope Julius III short reign (1550-1555) as pope, would result in the development of the Catholic Reformation. Early in his leadership of the church, he faced the “infectious” spread of Protestantism as well as corruption of religious orders (Wiesner Hanks 187). which he tried his best to fix. In order to combat these troubles, he continued the tactics of Pope Paul III, “he appointed reform minded cardinals, abbots, and bishops who improved education for the clergy, tried to enforce moral standards among them” while also reprimanding significant abuses (Wiesner Hanks 187). In addition to this change of leadership, he continued The Council of Trent (1545-1563) where new debates about the dogma of Communion as well as plans for new reformation decrees (Kirsch). Many royal delegations attended the council, including King Ferdinand and Henry II of France, which shows how important it was to state rulers. Protestants were also promised safe passage to the council, so they could participate and possibly reconcile with the church (Kirsch).

Pope Julius III work with reforming the Catholic church contributed to the greater Catholic Reformation, which was trying to resolve problems pointed out both by the Protestants, but also to address religious controversies or deeply dogmatic subjects. This trend of Popes trying to reform the Catholic church, emphasizes the deeply political nature of church, but also the time period. These reforms would have a tremendous impact on the political stability of Europe, by energizing Catholics and creating a tremendous amount of infrastructure, which would transform the lives of the common man in the early modern era (Wiesner Hanks 192). It also emphasizes the deep political impact the Protestant Reformation had on Europe to elicit such a massive response from the church.