William III and Forms of Government 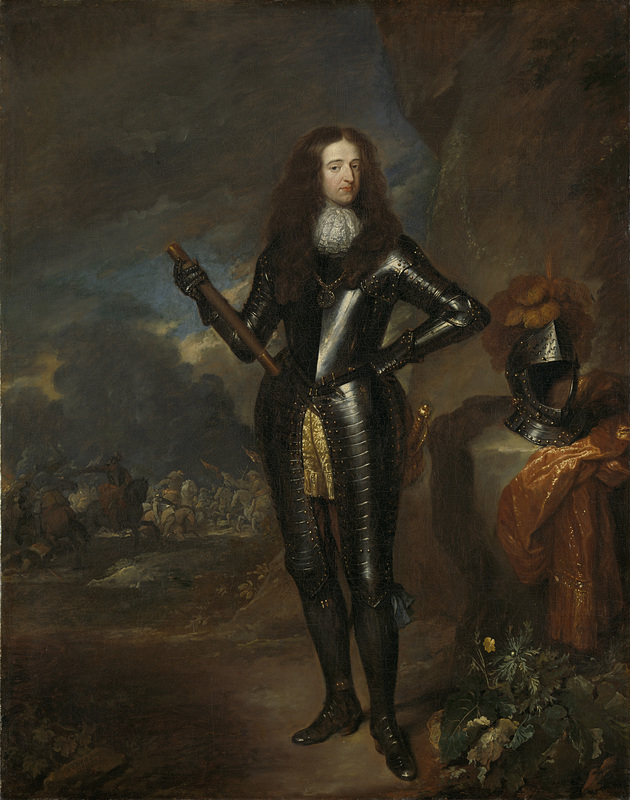 The Dutch Republic was unique in comparison with other powerful Western European nations during the later half of the 17th century. While important dynastic forces still participated in the Dutch form of government, the lack of a monarch certainly contrasted with the Netherlands’ absolutist neighbors in France. The Dutch Republic, despite its lack of a formal monarch, still exerted an influence over its neighbors politically.

This portrait of William III represents the interesting government which developed in the Dutch Republic following its independence from Spain. William III served as stadtholder of the Seven Provinces of the Netherlands from 1672-1702. The stadholder was an administrator who was appointed by the States General, which was the national assembly of the provinces. The role of stadtholder was distinct from that of monarch, although stadtholders were generally descendants of William the Silent (Wiesner-Hanks 344-345). The absence of a monarch in the Netherlands in an age of increasing absolutism had notable economic and social implications for the republic, allowing the independent Dutch Republic to thrive economically due to the diminished power of nobility and greater prominence of urban elites (Haley 49-51).

William III also connects the Netherlands to a wider world of politics, as he and his wife Mary became monarchs of England, Scotland, and Ireland in 1688 with parliamentary support. This support from the English Parliament stemmed from opposition to the Catholic monarch James II. The ascension of these monarchs led to a greater constitutional basis of government in the British Isles, and the eventual formation of Great Britain under their successor, Queen Anne (Wiesner Hanks 342-343). Thus despite the lack of a monarch in the Netherlands, the region continued to have an influence on dynastic and monarchical politics in western Europe through figures such as William III. In a period of increasing absolutism, the Netherlands both resisted the control of monarchs and was involved in other constitutional and governmental changes abroad.