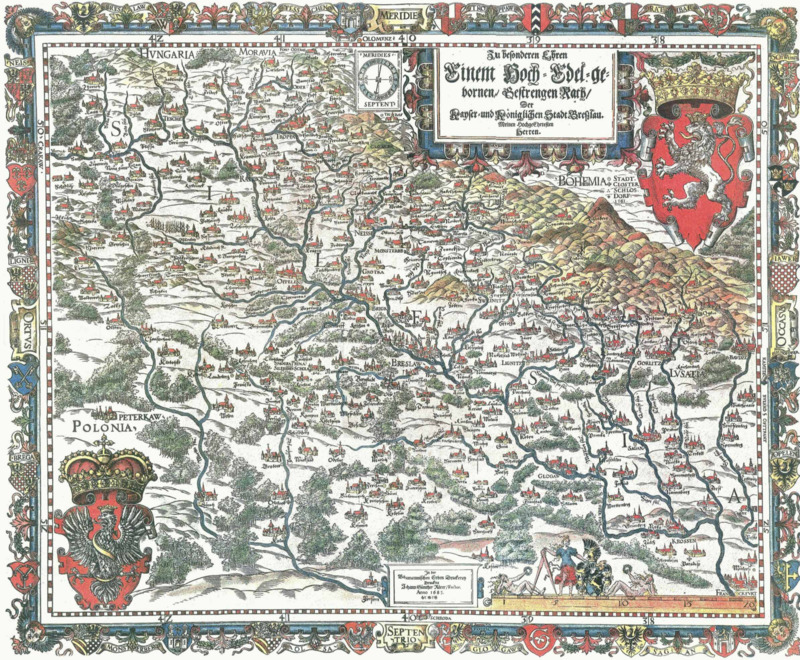 16th century Europe saw the rise of the nation-state in many kingdoms. Monarchs across Europe sought to consolidate their power and develop large centralized institutions (Wiesner-Hanks 88). Additionally, New military technology led to an increase in the cost of war which also worked to shift the balance of power from nobles to monarchs because nobles could no longer afford to field a sizeable army (Wiesner-Hanks 95). However, despite the attempts of Charles V, the Holy Roman Empire never succeeded in establishing itself as a nation-state with a strong central government. While there were many factors at play that prevented the consolidation of the Holy Roman Empire, one important factor was the resistance of Northern German cities and regions. The cities’ and regions’ efforts to resist the Emperor and retain their autonomy can be seen in contemporary German maps.

During the 16th century, maps were an important tool used by monarchs to inspire a sense of cohesion to the central government. There were two major types of European maps in the 16th Century: chorographic and geographic. Geographic maps showed the territory of a whole country. It makes sense then that these maps were often used as tools to promote a sense of loyalty to the central government as they portrayed a monarchs land as a single, continuous nation without the dividing lines of states or cities (Mundy 7). Chorographic maps, on the other hand, focused on displaying a particular region or city and were often more artistic in style. As a result, these maps inspired pride in one's local community views since they depicted cities or regions as individual entities.

← Provincial Politics and The Peasant Revolt
Rudolph II: Patron of the Sciences and Political Disaster →
Regional Maps and Resisting Nationalism