Marriage Strategies and the Rise of the Hapsburgs 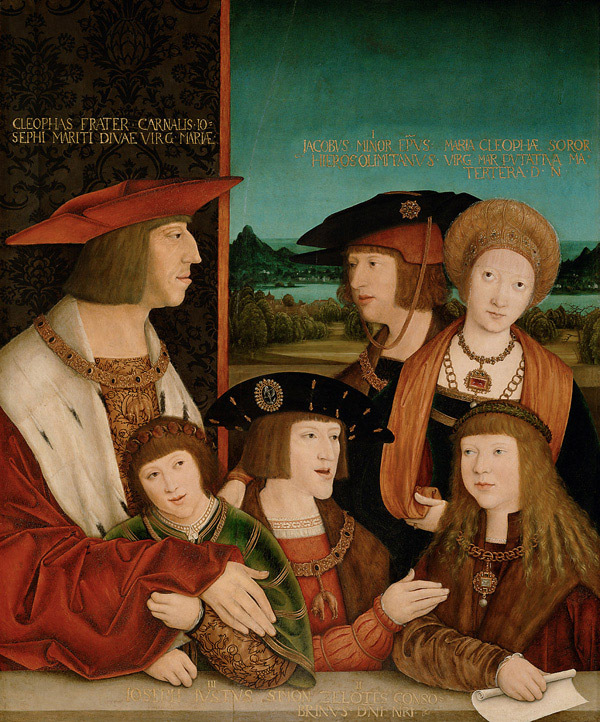 Portrait of Emperor Maximilian and his family

While strategic marriages for either resources or power have always been present in European history, their importance during the renaissance cannot be understated. The marriages of Maximilian the I (top left) and subsequent marriages that he planned for his children exemplify this as they immensely expanded Habsburg influence in the Holy Roman Empire and Europe as a whole. This ambitious expansion of Habsburg power also ties into renaissance political beliefs, namely a shift in the balance of power from the Catholic Church to secular rulers. In the past secular rulers were always answerable to the pope. However, as time progressed, secular rulers more frequently put their own powers above those of the Catholic Church and people tended to view secular governments as having more political authority (Wiesner-Hanks 135). Therefore, Maximillian's ambitious and strategic attempts to expand his power can also be viewed through the lens of a ruler working to gain greater autonomy from the pope.

The first major growth in Habsburg holdings was a result of Maximilian’s arranged marriage to Mary of Burgundy (top right) which, through Mary’s lack of brothers, resulted in Maximilian's heirs inheriting Luxembourg, the Netherlands, and Burgundy (Skjelver and Wiesflecker). Maximilian continued the trend of strategic and powerful marriages by having both his son, Philip (top middle), and his daughter, Margaret, marry children of the king and queen of Spain, Ferdinand and Isabella (Skjelver and Wiesflecker). With the death of Margaret's husband John, the only son of Ferdinand and Isabella, Charles the V (bottom middle), the son of Philip and his wife Joanna and grandson of Maximilian, became the next in line to inherit the Spanish throne (Skjelver and Wiesflecker). So it came to be that Holy Roman Emperor Charles the V would end up inheriting all of the Hapsburg lands in addition to the Spanish throne, which effectively meant that he was ruling about half of Europe in addition to Spanish holdings in the Americas. The immense power and wealth the Hapsburgs gained through their strategic marriages helped them to continue their dynasty in the Holy Roman Empire until its collapse in the early 1800s.