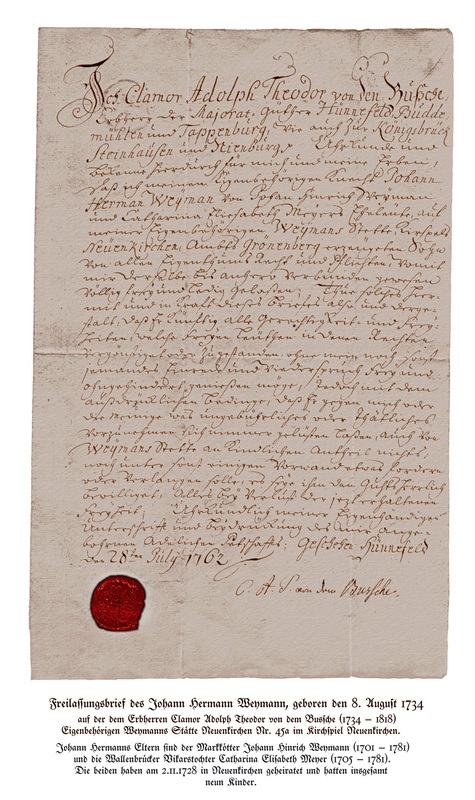 A legal document granting the freedom of Johann Hermann Weyman in 1762. What do documents such as this tell us about the asumptions of social power structures in the early modern era?

Signed by Clamor Adolph Theodor von dem Bussche, this letter legally granted the emancipation of a German serf named Johann Hermann Weymann in 1762. In one notable line, von dem Bussche proclaimed “freyheit; urkundlich meiner eigenhändigen”, or “freedom; documented by my own hand”. To peasants such as Weymann, this freedom signified economic mobility and protection from oppressive feudal obligations.

Despite centuries of revolts and abolition movements, serfdom remained an entrenched facet of rural life in central and eastern Europe well into the eighteenth century. Such an institution posed a serious problem to Enlightenment thinkers, whose ideas of personal liberty and self-determination stood in stark contrast to the realities of feudalism. In an attack on serfdom in Franche-Comité, Voltaire demanded ”the complete abolition of this last trace of barbarous centuries” (O’Rourke, 424). However, attributing the changes in rural life to the Enlightenment is a very urban-centric approach that, in many ways, discounts the dramatic land reforms and developments of the rural economy. Indeed, peasants participating in this “agricultural enlightenment” would fundamentally transform the rural landscape for centuries to come. 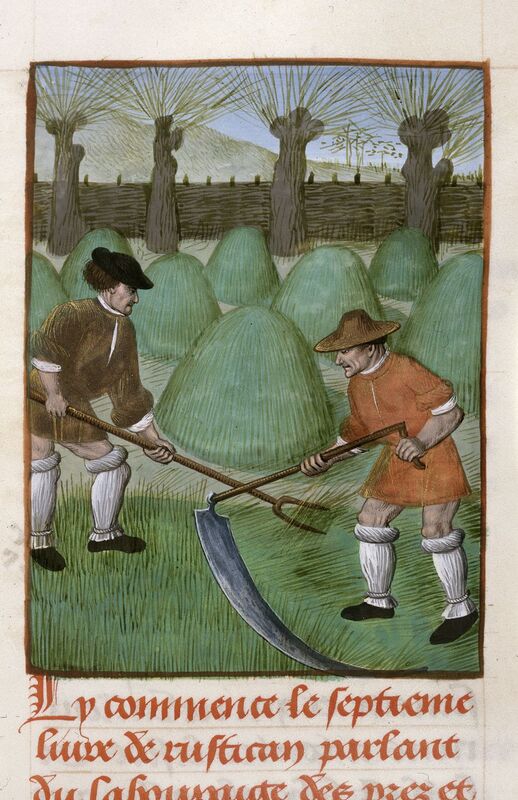 Detail of a miniature of peasants making hay. This illustration was included in book 7 of Pietro Crescenzi's "Ruralia Commodia". How can we see peasants as fundamental in the development of the modern European economy?

Written in 1302, Pietro de Crescenzi’s famous “Ruralia Commodia” offers a unique perspective on rural peasant life in the early modern era. This particular illustration depicting two peasant men mowing hay was included in the book’s first publication and was widely distributed throughout Europe as a sort of gardening and horticulture manual. In fact, Henry VIII was said to have a copy of this very book in his personal library (Carley, 292).

The development of merchant capitalism brought sweeping changes to rural life across Europe. With it came a fundamental reorganization of capital distribution and ownership structures. As Merry Wiesner-Hanks put it, “any discussion of the European economy must begin in the countryside” (Wiesner-Hanks, 206). And, indeed, the end of serfdom in rural Europe fundamentally transformed ideas of private property and ownership and marked the beginning of capitalism as we know it.