Global Reach and the Age of Discovery 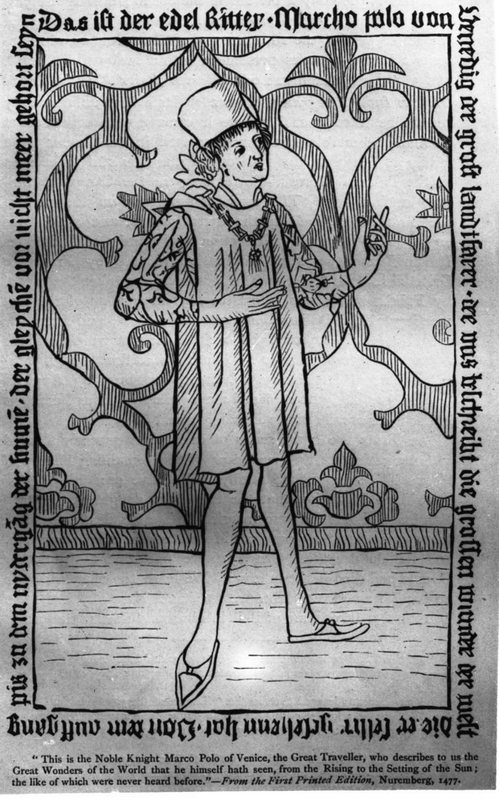 Woodcuts such as this were common in venerating accomplished travelers. Notice how the artist praises Polo for describing "the Great Wonders of the World that he himself hath seen". How can we see humanist influences in this piece?

First published in Nuremberg in 1477, this woodcut portrait of Marco Polo describes the famous Venetian merchant as a “Great Traveller” and a discoverer of the “Great Wonders of the World”. Polo’s extensive travels to Asia in the late 13th century demonstrated the true scope of Europe’s emerging merchant capitalist model, marking the beginning of a global economic order and ushering in the “Age of Discovery” that accelerated a new era of globalization. Venice and other coastal cities quickly became bustling cultural centers, facilitating the rapid movement of wealth and intellectual discourse that characterized the changing social and political landscape of early modern Europe. With the distribution of his famous travelogue Book of the Marvels of the World, Polo continued to be a popular figure in Europe nearly two centuries after his death. As humanist thinking continued to dominate scholarly spheres, Marco Polo’s ambitious travels embodied the values of exploration and discovery, and expanded the European imagination to new and uncharted lands.