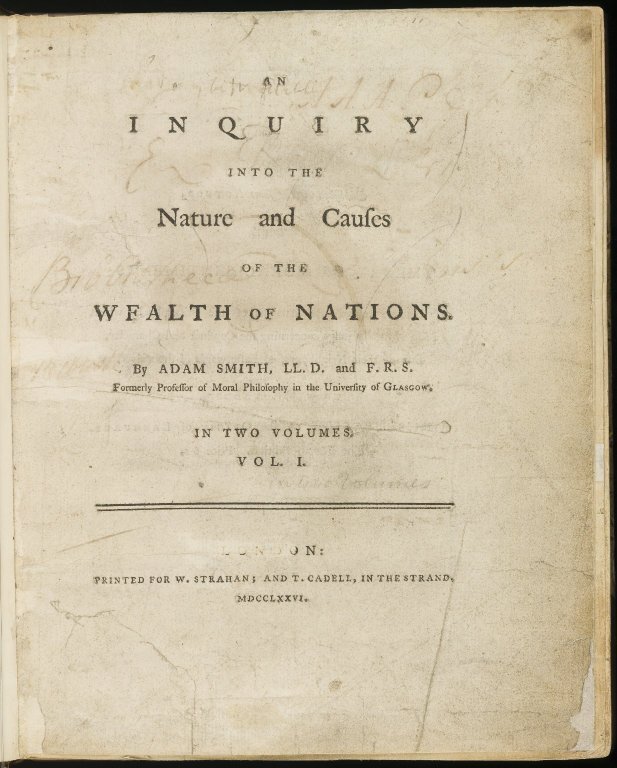 The title page from a 1856 edition of The Wealth of Nations. Notice Adam Smith's title was a "Professor of Moral Philosophy in the University of Glasgow". In what ways can we see "Smithian" economics present in the early modern economy?

Published in 1776 by Scottish philosopher Adam Smith, The Wealth of Nations continues to be a seminal piece of classical economics. Smith’s contributions, however, went far beyond the scope of the classical school of thought, defining the very parameters of any discussion of the modern political economy. In fact, Marx’s famous Capital is best understood as a response to Smith and his contemporaries. The Wealth of Nations structured the modern political economy by shaping its civil institutions and informing the discourse that surrounds it.

It is important to situate Smith’s works within the broader developments of the late eighteenth century. As a central figure of the Scottish Enlightenment, Smith observed a very changing economic landscape in which the introduction of new production methods facilitated an accumulation of capital that was truly unprecedented at the time. Reconsidering the role of government became a chief concern of classical economists, with Smith developing a laissez-faire approach that limited the scope of the state apparatus in commercial activities. Although Smith often approached economics at its most aggregate level, he often considered the role of the industrial laborer, saying that "his dexterity at his own particular trade seems, in this manner, to be acquired at the expence of his intellectual, social, and martial virtues. But in every improved and civilized society this is the state into which the labouring poor, that is, the great body of the people, must necessarily fall, unless government takes some pains to prevent it."(Smith, 327). Even in Smith's works the commoner is taken to be a central agent to the modern economy. It was this “Smithian” ideology that would come to dominate economic thought for centuries to come. 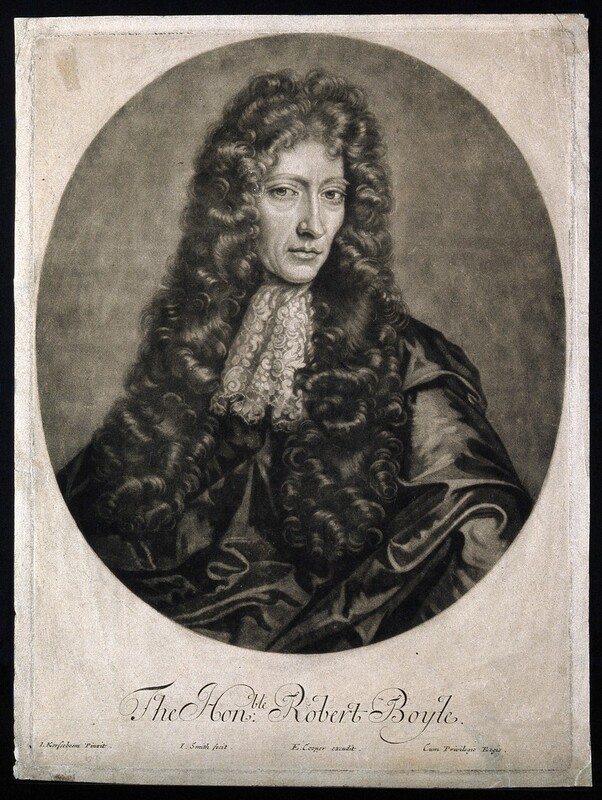 Released in 1689, this engraving of Robert Boyle (1627-1691) presents a portrait of one of the great natural philosophers of the Scientific Revolution. Widely considered to be the first modern chemist, Boyle contributed to the understanding of air pressure and vacuums as he and Robert Hooke developed the famous air pump during their time in Oxford.

Boyle is to be understood as one member of a growing academy of natural philosophers of 16th and 17th century Europe. Their work, now understood to be the arrival of modern science, produced a body of knowledge that radically transformed the understanding of the natural world and one’s place within it. With it came new technological inventions that were direct applications of this new knowledge. Though rudimentary, these inventions would become the building blocks for the development of industry in Europe, putting nations on a trajectory for an increasingly integrated economic landscape that is characterized by trade and manufacturing. In fact, it was Boyle's contributions to fluid dynamics that paved the way for James Watts and the invention of steam engine a century later (Thurston, 446).