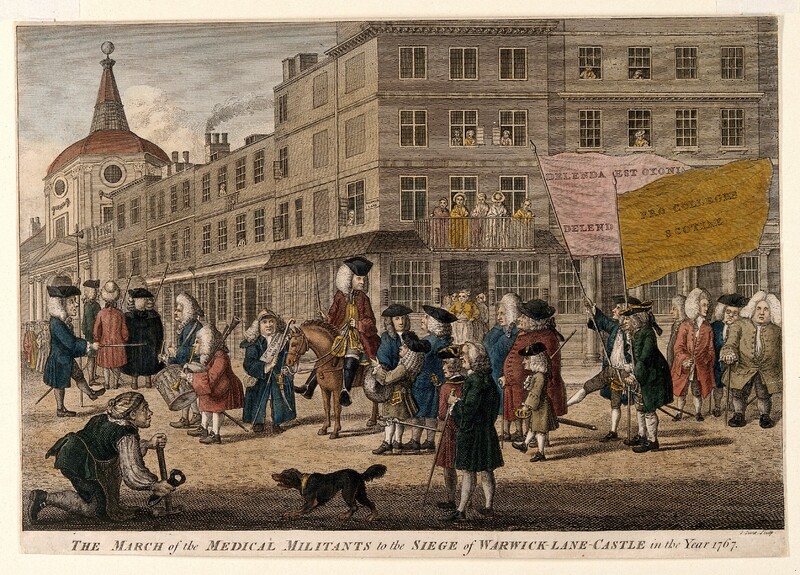 J. June depicts a dramatic scene unfolding in London as physicians march against the Royal College. Notice the observers in the windows above. How is the position of the laborer changing in the eighteenth century?

Protesting licentiates marching to the Royal College of Physicians in 1767

Completed in 1768 by J. June, this etching depicts licentiates of the Royal College of Physicians marching in protest at Warwick-Lane Castle in 1767. These “medical militants”, as the artist calls them, were expressing their grievances with the college’s changing policies as it intended to reform medical practices in industrialized England (Barnett, 39). While colonial expansion, industrialization, and the emergence of voluntary hospitals certainly placed medical experts in high demand, the field was also undergoing equally dramatic institutional reforms (Barnett, 40).

Medicine, however, was just one sector of the economy experiencing profound changes throughout the eighteenth century. The arrival of new production processes and the expanded scope of markets were developments that began to permeate through nearly every facet of European society. With it came very vocal responses from laborers who sought protections from the ever changing economy. In this sense, the era fundamentally transformed the position of the laborer in the economic sphere.