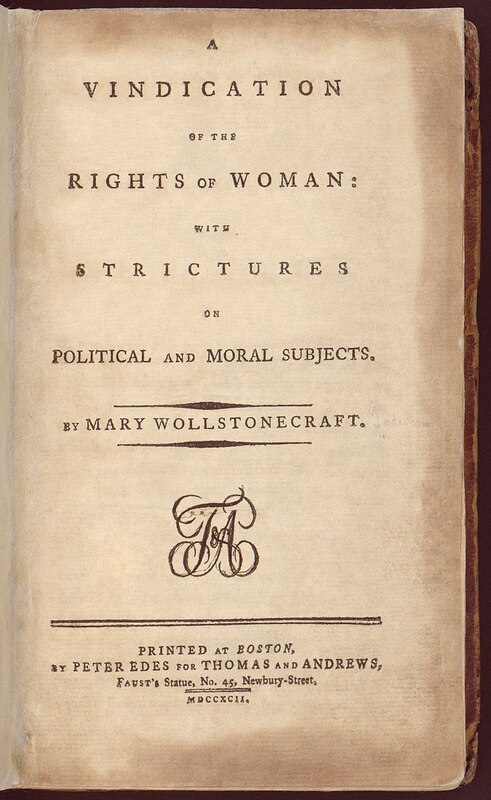 Mary Wollstonecraft's A Vindication of the Rights of Woman argued that women merited political rights.

The mainstream Enlightenment may have put an emphasis on individual liberties and free thought, but these ideas rarely extended to “second class” members of early modern European society, including women. Mary Wollstonecraft, a feminist philosopher and writer active during the Enlightenment, published this book as “the first explicit call for political rights to be extended to the female half of the population” (Wiesner-Hanks, 8). Part of what is considered the “radical Enlightenment,” Wollstonecraft’s work specifically advocated for the education and acceptance of women into “men’s” society.

During the Enlightenment, women exercised their voices as writers and salon owners, but their role continued to be confined to the sphere of the home, where philosophers like Rousseau asserted such maternal personalities were necessary. Wollstonecraft’s ideas interacted with Locke’s, bringing forth the conflict between two reigning ideas of the mainstream Enlightenment: one, that reason was innate, and two, that women were inferior. Wollstonecraft’s publication as well as her role in society set the stage for future feminist writers and politicians.