Medicine and the Nation State 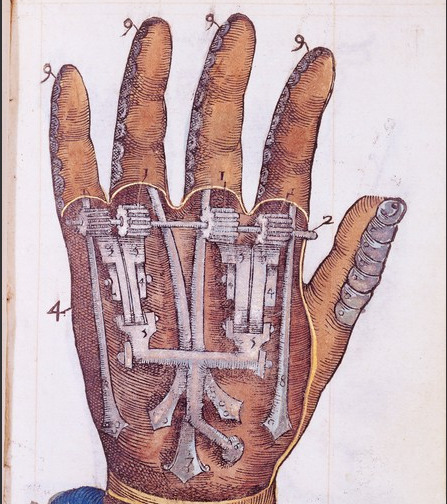 In 1579 the French surgeon Ambroise Paré published a series of drawings considered by many to be the first true attempts at creating functional prosthetic limbs. While prosthetics in some forms had existed for centuries before Paré’s work, they were very often crude and poorly formed, hooks for arms and pegs in place of legs (Hernigou). Paré however was the first to combine both mechanical engineering with a study of medicine and create a fairly functional, for the time, prosthetic hand. As the royal surgeon to four French kings Paré created innovative medical procedures at a time of difficult political situations for France and many other growing nation states throughout Europe. Like many others in the French government Paré benefited from a powerful absolutist monarch in France, he was given a large level of control over his own research and writings. His other works related to surgery, when and where it was useful, as well as his arguments against  performing unnecessary procedures, such as fighting against the previous requirement of castration in order to cure hernias (Hernigou). In many ways Paré is a classic example of the nobles which surrounded the French monarch, both innovative and yet deeply tied to his government. He managed to stay in favor between many monarchs and nearly 30 years, but leveraged his position to perform research, and investigate real battlefield combat that may have been otherwise unattainable to him in any other position (Hernigou). 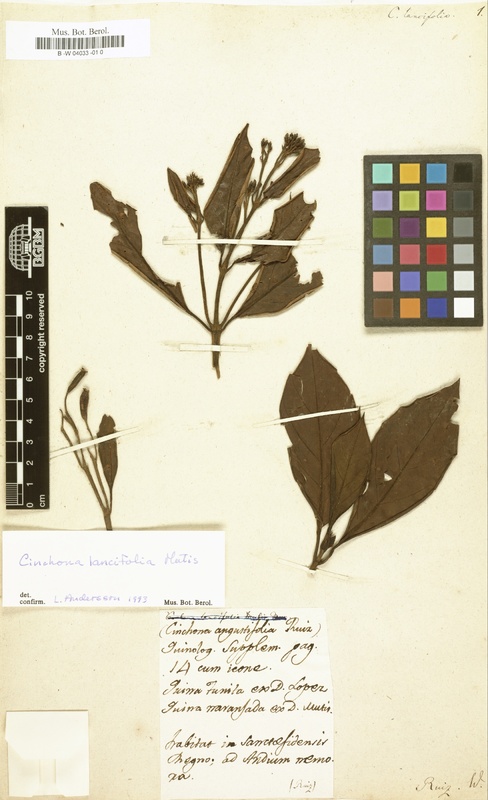 A Description of the Genus Cinchona

According to stories the first discovery of “Jesuit’s bark,” or cinchona bark, occurred in the 17th century. As the story goes a large storm passed through a village in Peru, knocking a number of the branches into a pool of standing water. It happened that a fever addled villager was walking by, and seized with terrible thirst drank from the stagnant and bitter water. When his fever suddenly abated this discovery was shared with others, and the power of this bark to help relieve and cure malaria was shared with the world (Clements 87). It took over 100 years after chinona bark’s initial discovery to be popularized outside of the Spain, but following its use in curing Charles II many authors and scientific groups began to popularize its use (Sydenham). This sparked a dramatic increase in global trade of cinchona bark and it quickly became one of the most valuable exports which came out of Peruvian colonies in the 18th century. Cinchona bark is an excellent way to examine the increase in global trade in this time period, as well as the economic decline of Spain. Cinchona was initially monopolized by the Spanish, but aggressive campaigns by the French, English and Dutch lead to bark plantations appearing on Caribbean colonies and in British controlled areas of India (Rocco 85). Following this lack of monopolization bark cultivation in Peru began to drop in favor of the declining silver mines, another influence in the reduction of Spain economically over the course of the 17th century (Wiesner-Hanks 233).

The cultivation and widespread use of cinchona bark in the 17th century is not a matter of debate amongst historians however, it’s implications for the history of humoral medicine are a matter of debate for some historians. In Rebecca Earle’s book, The Body of the Conquistador, she argues that humoral ideas of medicine were a central concern for Spanish colonizers. In particular her argument focuses on the perceived need for Old World foods to maintain the balance of the Spanish body. This is in contrast to Fiammetta Rocco, whose book The Miraculous Fever Tree argues that trade in cinchona was a key activity for Spanish colonists. Cultivating a medical plant from the New World would seem to be in direct contradiction to Earle’s argument, however, the two points can be synthesized. Both authors are discussing the same geographical location, but focus on two very different time periods. Earle’s book focuses on early colonization, in the 15th and 16th centuries. Rocco on the other hand only begins her discussion at the middle of the 17th century following the discovery of cinchona by the Jesuits. With nearly a full century separating the two arguments, they do not directly contradict, but instead represent two interpretations of somewhat different evidence. 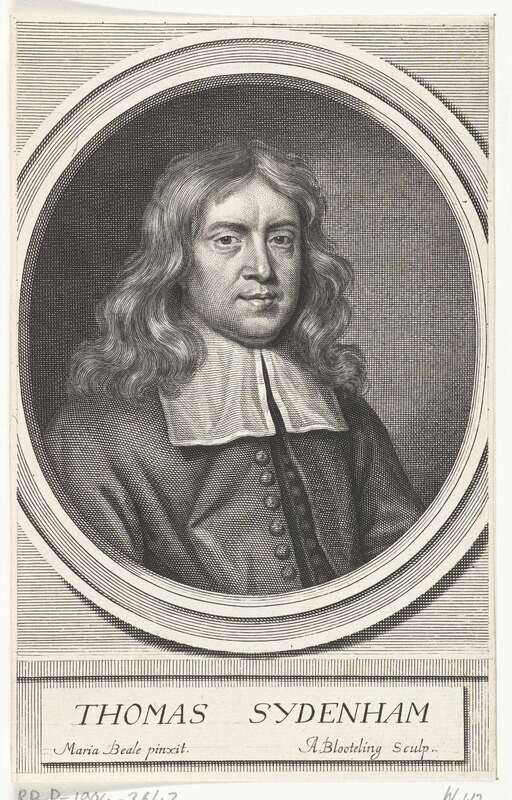 Medical Observations Concerning the History and Cure of Acute Diseases

While a compiled work of Thomas Sydenham's has already been included in this exhibit, it is valuable to consider one of his work’s influence in English economic history and the history of opium as a whole. In his book discussing medical observations of acute diseases Sydenham prescribes a proprietary mixture of dissolved opium, which he refers to as laudanum, as a cure for a wide range of diseases, from fevers to “hysteria.” His new medicine was so successful that laudanum came to refer to any suspension of opium in alcohol, not just Sydenham’s original mixture (Hodgson). Aside from the influence this had on British medicine, the acceptance of opium as a legitimate medical cure led to significant changes in the way by which the British traded with India and China. By the mid 18th century British trade with China had become an important part of the British economy, but the English were constantly at a trade deficit with the Chinese, only receiving Chinese imports without exporting anything in return. The discovery of opium’s medical capabilities changed this however, leading to massive trade in opium in its many forms to China (Van Dyke). This trade existed before Sydenham’s work in creating laudanum however, by normalizing it amongst other medicines lead to the trade in laudanum coming to the mainland of Europe and Britain in a way that had not occured before Sydenham’s work. 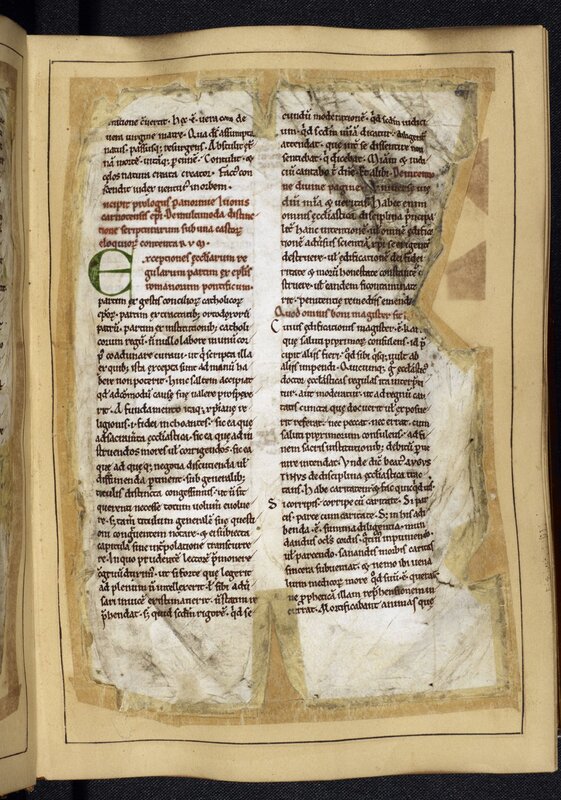 The Duty and Advantages of Encouraging Public Infirmaries

In the 18th century a growing national interest in the health and safety of the poor and infirm led to the creation of a number of voluntary hospitals, charity hospitals set up by the upper class for the impoverished. One of the most famous was the London Hospital, created in 1740 by a group of druggists and surgeons primarily to service the manufacturers and seamen of the East End of London (London Lives). This sermon, given by Isaac Maddox a lord bishop at the time, was created in an effort to both encourage the government to support the work of the hospital, as well as encourage the aristocracy in attendance to help support the hospital’s mission. During the enlightenment, and over the course of the Early Modern Period as a whole, governments across Europe began to set up hospitals and other methods of general public health to help support their people. The 18th century in particular was notable for the large number of hospitals founded in the London area for the treatment of a variety of patients (Andrews). While these hospitals were originally founded by private citizens they were quickly supported and eventually controlled by the government, a change from the previous centuries where only two royal hospitals had been founded since 1530 (Andrews). This shift in thinking of the upper class is representative of a general shift towards the welfare of a nation, rather than that of a small group, which is indicative of the rise of the nation state in this time period.