Still Life with a Porcelain Jar 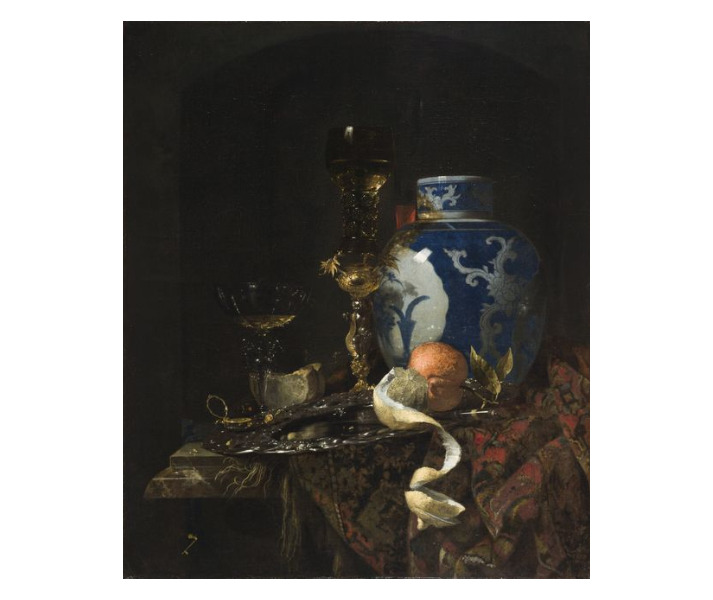 Still Life with a Porcelain Jar

Foreign art objects also piqued the interest of European clientele, and this painting depicts a Chinese porcelain vase in addition to other fruits and items acquired through trade. The painting highlights the assortment of items on the table by darkening the border of the painting and illuminating the art objects. Kalf combines exotic imported goods, such as the Qing dynasty vase, the lemon and peel which likely came from the Mediterranean, the Turkish rug, and the Venetian glass, with locally produced goods like the silver tray and wine glass to highlight Amsterdam as a central European trading site. During the early 17th century, the Dutch Republic founded the Wisselbank in Amsterdam as part of their emphasis on banking and trade “as central to the power structure of the state” (Soll 221). The Dutch people’s sophisticated ideas of finance helped bolster their trading relations and their marketplace “was famous for its luxury products and treasures” (Soll 222).

This flourishing trade community allowed for an influx of exotic and foreign items that were appreciated by the elite. Only the upper classes could afford such luxury items, and their inclusion signaled not only Holland’s prosperity for trade but also the wealth of the owner of the painting.