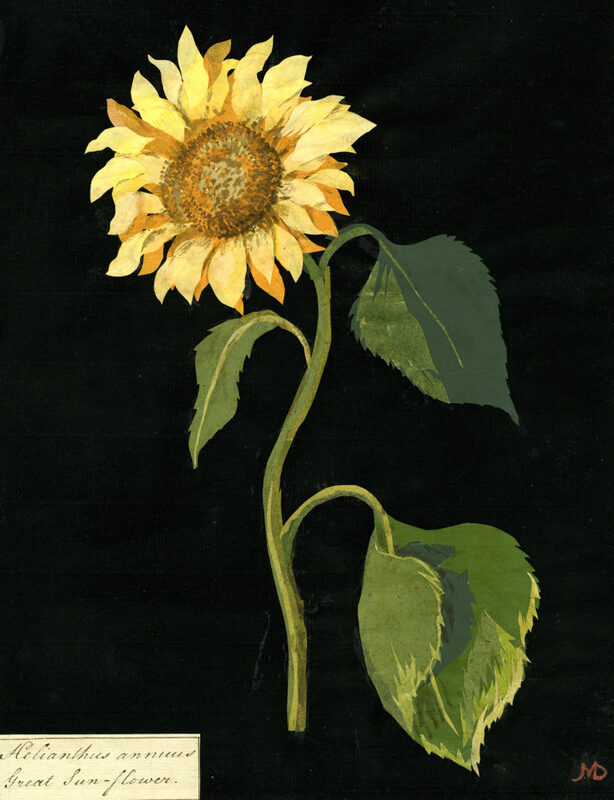 This collage of colored papers combines to accurately form a sunflower, a flower originally from Mexico that was introduced to Europe in the late 16th century. Botanists and herbalists recorded this flower, and it was grown by John Gerard in 1597 who states 'it hath risen up to the height of fourteene foote in my garden, where one flower was in waight three pounde and two ounces' (British Museum). Mary Delany, an English artist who became fascinated with recording flowers with collages of paper, accepted donations from friends to complete her collection of almost 1,000 papercut flowers. She was influenced by her friend the Duchess of Portland, who, like many elites by this time, was “a humanitarian and avid collector of natural history and antiques” (British Museum). This project and album reflects broader trends of the scientific revolution and increased interest in scientific accuracy and naturalism, but it also demonstrates the increased interaction between the New World and Europe that produced lasting effects for centuries.