Carta Marina, with Detail of Opossum and Cannibals 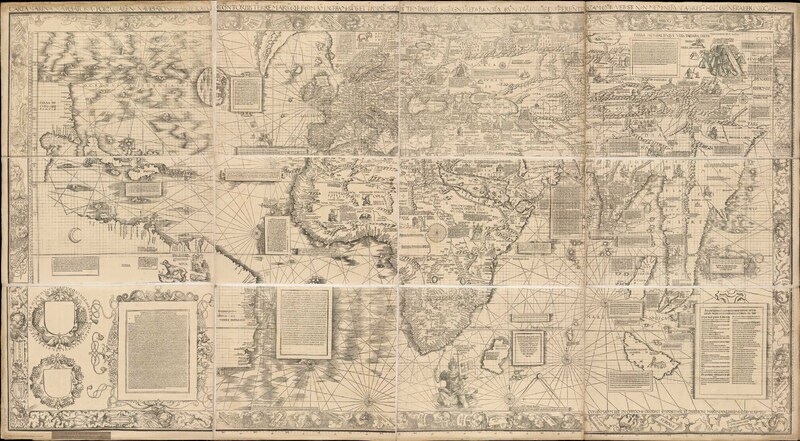 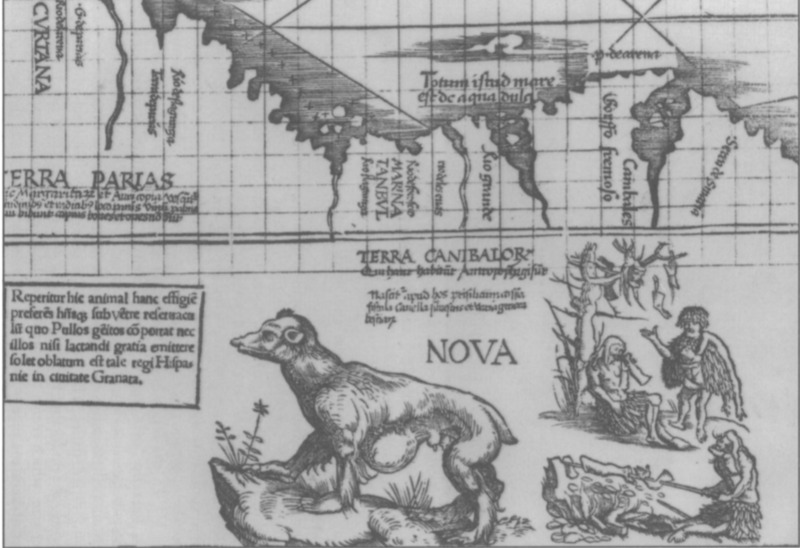 Carta Marina, with Detail of Opossum and Cannibals

A variety of flora and fauna existed in the New World that differed from European plants and animals. One notable example is the opossum, which, according to Hugh Honour, revealed the “strangeness” of the Americas “while parrots and toucans represented the brilliance and beauty of nature in the New World” (Parrish 485). Enamored by its uniqueness, European naturalists noted the quadruped as having feet in the front and hands in the back, backwards from other four-legged creatures (Parrish 477). The opossum hung upside down, leading observers to hypothesize about the inversion of its organs. Initial descriptors wrote of the animal “as a composite creature fitted with a strange anatomical part” which coincided with Biblical notions of female monsters representing corrupt populuses like in Revelation 17 (Parrish 477). These notions of animosity were consistent with then current polarizing ideas about the New World’s abundance and monstrosity.

Maps, like this 16th century one, and their accuracy in general became increasingly important as maritime travel became more and more popular, but in this engraving cannibals pair with opossums to reinforce the concept of barbarism present in the minds of Europeans that was influenced by indigenous Americans' different ways of structuring society, food habits, and religion. Like the rhinoceros from India, one of Columbus’s ship commanders Vincent Yanez Pinzon presented a mother opossum to the king in Granada (Parrish 485). Ideas about environmental determinism and the humoral theory led to the expectation that the new landscape of the Americas would alter Europeans, and debates about whether nature in America was blessed, diabolical, or somewhere in between all used the opossum as proof of their arguments because of its strangeness, fertility, and pouch (Parrish 513-514). It became emblematic of metamorphosis even while its negative traits like its smell, interesting self-defense habit, and sheer novelty led to its ultimate lack of typological significance.