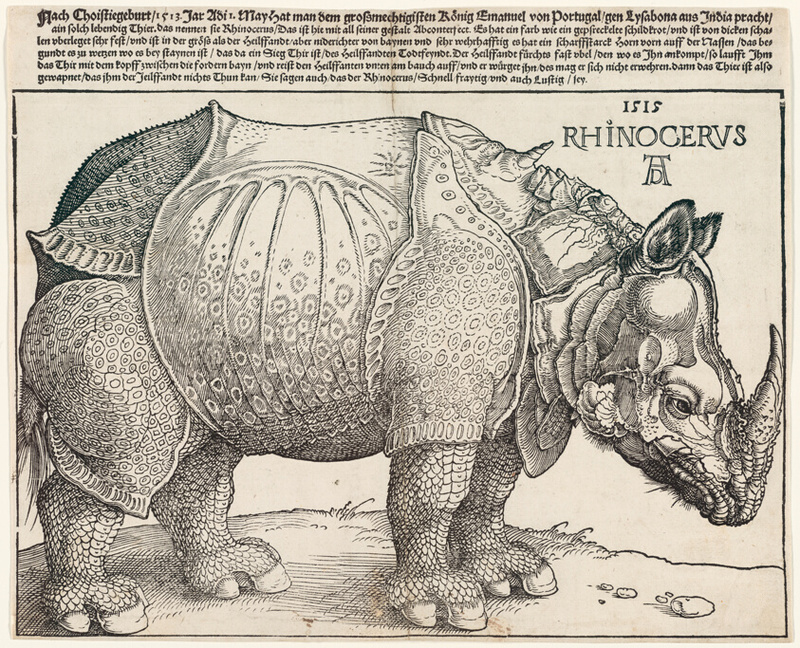 In 1515, Albrecht Durer, a notable German painter of the Renaissance, produced a woodcut engraving of a rhinoceros that the Sultan of Gujarat gifted to Europe. It made its way to the King of Portugal and almost to Pope Leo X before a shipwreck caused its drowning. The interest in the animal stemmed first from an interest in antiquity and the Roman Empire since the rhino matched the description of Pliny’s beast, and it also demonstrated the intrigue in communications with the East (BBC). The Ottomans “dominated the eastern Mediterranean,” and to maintain the traditional spice trade between western Europe and the Indian Ocean, Spain and Portugal embarked on the Atlantic Ocean (BBC). The rhinoceros traveled via the sea to its desired new location, representing feats of engineering to carry an almost two ton animal.

Depicted with an armored skin and an additional horn, the rhino that Durer drew came from another sketch and not the real animal. Later, the print revolution enabled this print to be widely disseminated to the public. Sketches of the animal and Durer’s print became widely accessible to the general public instead of just the elites, and Europeans became enamored by its exoticism.