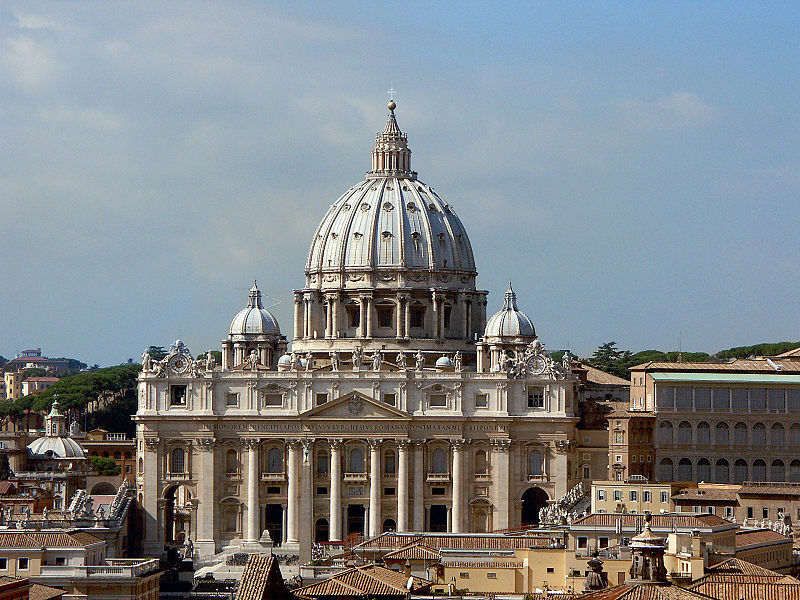 Saint Peter's Basilica in Rome, completed in 1626, is considered one of the pinnacles of Early Modern architecture and is closely connected to the papacy as the final resting place of Saint Peter and many popes throughout history.

In this exhibit I seek to track the papacy during the Early Modern period, defined as 1517-1789, focusing on the institution of the papacy as well as individual pontiffs. This era saw the rise of Protestantism, the Scientific Revolution, and the Enlightenment, and the resulting loss of authority of the Catholic Church in much of Europe. The papacy reacted to these challenges to its spiritual authority with reforms like new religious orders, as well as censorship and restriction on the distribution of subversive writings. The Early Modern period witnessed the rise of the pope as a divisive figure, as Protestants in England and elsewhere defined themselves in opposition to the Bishop of Rome. Throughout these centuries, the papacy retained substantial land holdings in Italy, and thus the pope was not only a spiritual leader. He served as head of state and thus could become entangled in the messy wars so prevalent in Early Modern Europe, although papal involvement in war diminished as the period wore on. Popes were also prominent patrons of the arts, commissioning many of the Renaissance’s most famous works from renowned artists like Michelangelo. The Early Modern papacy was profoundly shaped by the larger events and trends of the period. Popes retained great temporal and spiritual power, although these realms were not always easily distinguished, and they used their authority to resist unwanted doctrines, build statues, and both launch and end wars. The papacy was integral to the development of Early Modern Europe.